At the end of 2012, my yearly review showed how condominium prices reached a low point between 2011 and the start of 2012. This bottom point was coupled with an increase in value by 20 to 30 percent during 2011 and 2012 for the most popular buildings. Now the overall market is recovering, but at a slower pace. For some buildings and floor plans, we have no inventory. Most of the available inventory has asking prices that are at least 10% higher than they were a year ago. Short sales and foreclosures are still coming on the market but at a much slower pace and at higher prices. 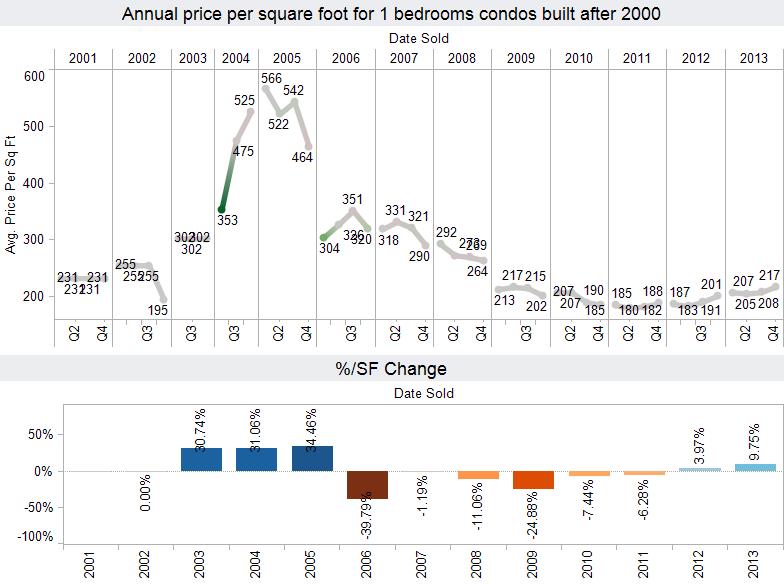 Click on image above to see the full size graph

After the market bottomed out in 2011, prices increased by 3.97% in 2012. This increase was higher in 2013 at 9.75%. However, remember that this graph represents a broad look at the market. In 2012, prices were increasing dramatically in the most popular buildings. In 2013, the rest of the market was starting to follow this trend with a slight delay. Also, all sales are specific to certain buildings and floor plans. Two distinct one bedroom floor plans in the same building often have very different sale prices. This contrast is also evident by building. One bedroom floor plans at Calypso will sell in the mid-200s while other buildings are only selling in the mid-100s. 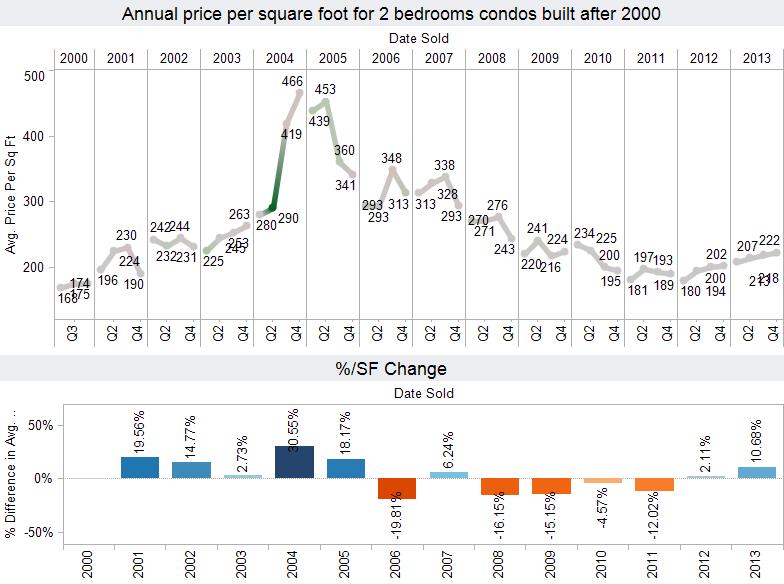 Click on image above to see the full size graph

The increase for two bedroom condos in 2012 was more modest at 2.11%. However, in 2013, these prices jumped by 10.68%. Again, this graph shows a broad overview, and prices were variable depending on the floor plan and building in question. 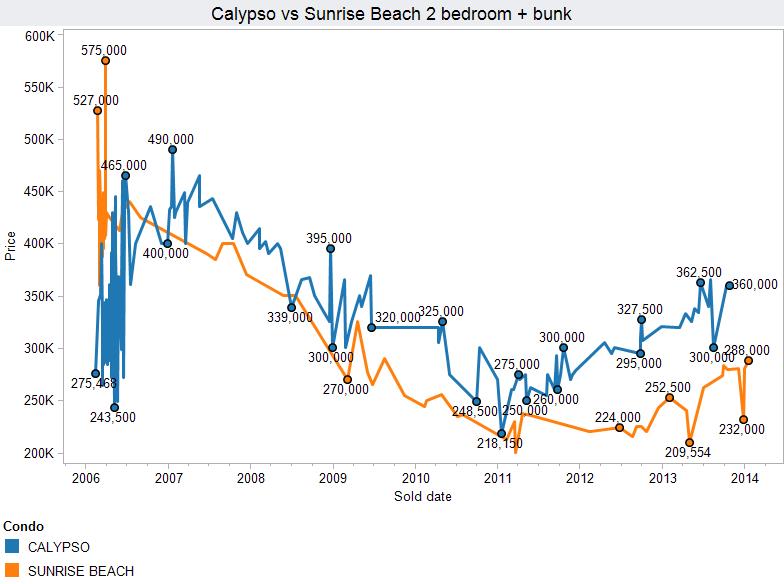 Last year, we shared a graph that depicted the differences in sales at Calypso and Sunrise Beach. Clearly, Sunrise Beach did experience the price increase I predicted at that time. Both floor plans saw continued prices increase throughout 2013. While some of the dips look low, they are not as dramatic as they seem. After all, when you consider the cost of furnishing and small renovations in a foreclosed unit, the cost basis is usually about $30,000 to $40,000. 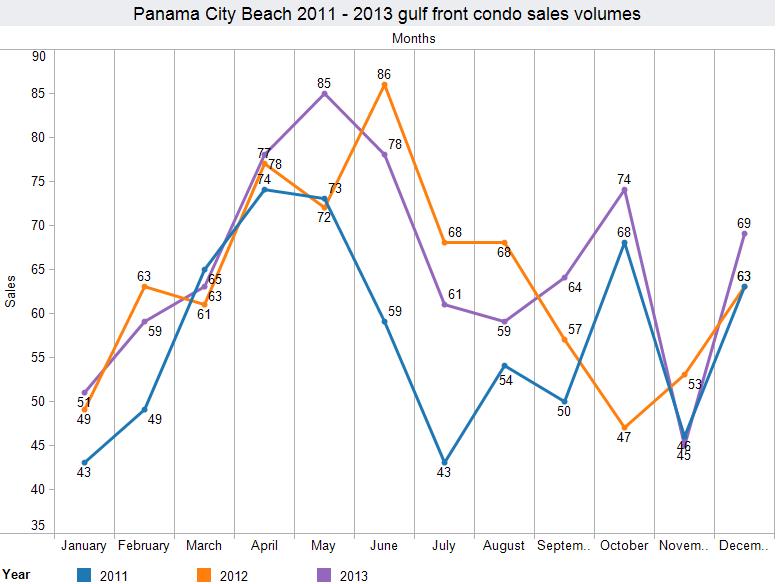 In 2014, it is likely that the number of foreclosures and short sales will continue to decrease. Moreover, these properties are coming onto the market at higher price points. However, there are still buildings that have a great deal of distressed inventory. Even so, the overall market demand has outpaced the supply. In 2014, it will be interesting to see the price where supply and demand balances.