Although various condo properties are influenced by the general condominium sales market in Panama City Beach, each individual property could be considered an island of its own. A property might see an increase or decrease in price before or after price fluctuations in another building. A property may have its own particular characteristics, which in turn affect its absorption and pricing. Some possible characteristics include:

We isolate particular properties and display a thorough record of absorption and sale prices. We accomplish this using easily understood graphs and impartial analysis.

Updated 8/30/2017: As one of the most popular condo complexes in Panama City Beach, Calypso is known for its prime location near Pier Park. Since the real estate market began to rebound in 2011, Calypso has been able to command higher prices, and these units sell for more than similar floor plans in nearby buildings. 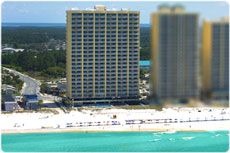 Looking at the entire sales history of Ocean Villa, I compared the two bedrooms there with four other buildings that were constructed by the same developer and had identical floor plans. The graphs show a comparison of recent sales, the entire history, sales volume, and annual percentage change. Condos on the west side of the beach tend to demand a slight premium to those located in central Panama City Beach. 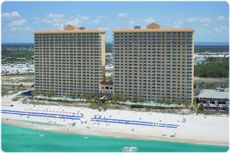 Here is a sales history of Splash Condominium in Panama City Beach, Florida. The graphs included are: The first outlines the complete history, and the second depicts Splash sales from 2009 to the present. The third shows the percentage difference from the prior year.  Together, these graphs provide a clear picture of the price differentials over time.