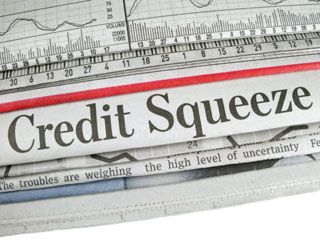 I recently wrote an article covering the financing options available for condos in Panama City Beach. The article illustrated a condo loan program at Gulf Bank for 3- and 5-year ARMs with as little as 20% down. Shores of Panama lost that financing option at the beginning of March 2013.

Updated March.31.2015 - Shores of Panama association board of directors voted to keep their same insurance provider and coverages.  This means it is unlikely that this building will have normal condominium loans offered for another year.  This is the largest obstacle preventing common lending options at this location.

I could write a book trying to explain why this happened, but I will try to keep it brief. As you read, please keep in mind that I have no expertise in flood zones, insurance or mortgage regulations.

The main issue at hand

Condominium associations are required to carry flood policies on their buildings. According to vendors that the banks rely on to verify the FEMA flood zones, Shores of Panama just happens to have a single unit on the west end that touches a different flood zone than the rest of the building.

Other condominiums in Panama City Beach have resolved these issues by having the area re-surveyed and applying for a LOMA letter.  If the survey did not correct the issue, associations could apply for dune restoration and possibly then resolve the issue.  The Shores of Panama association chose to take a different approach.  They used a different set of maps that show the building not touching the lower flood zone and got a flood insurance policy that broke out different sections of the building with the appropriate coverages. The challenge at this point is that bank's underwriting goes by a different set of rules. They only recognize the maps used by CoreLogic.

In April, a red flag came up when Gulf Bank was closing on a number of loans at Shores of Panama. They confirmed that their FEMA flood map vendor, CoreLogic, showed a small portion of the building on the west side touching this more costly flood zone. That disqualified Shores of Panama from this particular loan program.

Gulf Bank still has in-house loans. These loans require 25-30% down and are 3-year ARMs with amortization of 20 years (unlike the 30-year term offered by most mortgages). The closing costs are a little higher and the interest rate is usually 1-2% higher than their other condominium loan programs.

I hear rumors of a couple of other banks with 3-year balloon mortgages, but these are an additional 1-2% higher than Gulf Bank.

Updated July.1.2014 -  There have been some recent changes on the Shores of Panama Condominium Association that could have an impact on many things at this condominium including lending.
Earlier this year a group of owners at Shores of Panama asked for an election recall.  This was escalated to the Condo Division at the Department of Business and Professional Regulations and the owners won.  The DBPR ruled on June 25th and four members of the board were replaced with individual unit owners.  The individual unit owners now control the majority of the condominium association board.